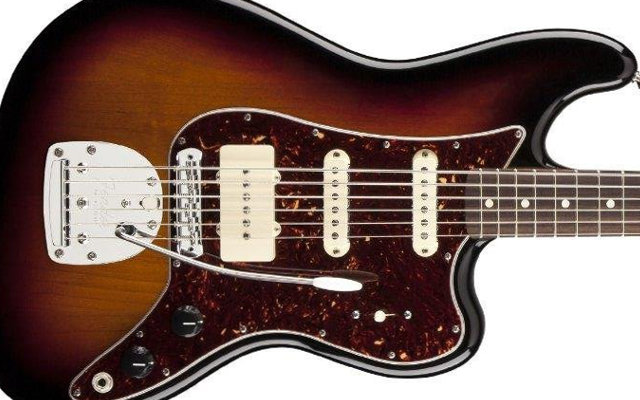 Throughout the long and impressive history of Fender Musical Instruments, there have been some odd bass creations that didn’t quite take off as well as some of Fender’s other classic designs.

At times, early on in Fender’s production history, it seemed as though everything they touched turned to gold. The Precision Bass, the Jazz Bass, and of course their classic guitar designs like the Telecaster and Stratocaster.

However, even Fender has turned out some misses. Some were flops, a few were interesting, some of them were baffling, and others were just plain weird.

In 1965 Leo Fender sold his company to CBS, although Leo and his partners stayed on as consultants for a few years. One of the first new instruments to come out of the Fender line that year was the Fender V Bass. This unusual and awkward design was basically a normal 34″ scale bass but with five strings instead of four. Unlike today’s modern five stringers that have a low B string The Fender V had a high C string.

The idea was that bassists could play higher notes without going up the neck, instead they would just go across the fingerboard to the high C string. The bass had a shorter neck with only 15 frets and a larger body to keep the standard scale length at 34″. It also featured a single coil split pickup similar to the Mustang Bass.

The strange design and bizarre concept of the Fender V Bass doomed it from the beginning. Very few bass players were interested in this instrument and sales were terrible. Although the bass was in production until 1970 Fender only made about 1000 of the basses and many who did buy them didn’t use them for very long.

It is rumored that the legendary James Jamerson owned one and may have experimented with it on some recordings. John Paul Jones of Led Zeppelin had one too but few other notable bassists used the Fender V at all and the general public all but rejected it. This was probably Fender’s biggest failure in bass design and concept. It should be noted however that because so few were made they have become very collectable.

In 1966 Fender offered a new and very strange version of the iconic Precision Bass specifically for the United Kingdom. The bass was basically like any other standard Precision at the time except that it had no top and back body contours.

This unusual slab style was a historic nod back to the earliest Precisions that also lacked the body contours. Why Fender decided to release this bass and why only for the U.K. market is a bit of a mystery. This odd-ball bass usually featured a black pickguard, while all Precisions at the time had either tortoiseshell or white guards. Some claim that the slab P-Bass had a more aggressive and nastier sound than standard Precisions basses. They were also not very comfortable to play, due to the lack of an arm contour and the extra weight.

Very a few of these strange Precisions were made (possibly less than 30) and only a handful remain today. The most notable bassist to play one was the great John Entwistle of The Who. Early British T.V. footage shows him rocking a white slab Precision with black pickguard and rare maple cap neck. This bass remained in Mr. Entwistle’s extensive collection until the day he died. As you might expect the very rare slab Precision Bass is now highly collectable.

Another weird bass released by Fender was the Bass VI. This bass is so strange than many people to this day still think it’s really a guitar. The concept was to create a six string bass that could compete with the popular Danelectro 6 string bass used heavily in country music at the time. Debuting in 1961 the Fender Bass VI was tuned just like a guitar but an octave lower. It featured a short 30″ scale length, three single coil pickups and a whammy bar like a Stratocaster guitar.

The Bass VI was never really that popular and sales were very disappointing. One notable bass player who did use one was Jack Bruce of Cream (who played it fingerstyle). It can be heard on the album “Fresh Cream”. After that Bruce switched to a short scale Gibson bass. John Lennon and George Harrison played a Fender Bass VI on some of the Beatles later and it can be seen in a couple of their videos. The Bass VI has also been used by guitar players who usually set it up in baritone tuning. Robert Smith of the Cure used one extensively for it’s deep, dark tone that defined the band’s sound.

By 1975 the Fender Bass VI was discontinued due to poor sales. Fender Japan released a limited reissue series in the 1990’s. Recently Fender came out with another version of the Bass VI, called the Fender Pawn Shop Bass VI.

You might be lucky enough to find an original Fender Bass VI or a Fender Bass V and especially the very rare Slab Precision Bass and if you have the money to buy one, who will own a odd and special piece of Fender history.