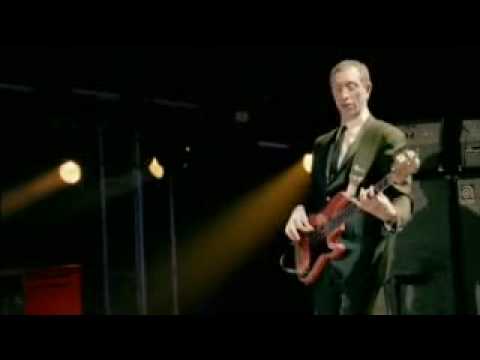 One of the most respected and admired bass players in music today, Pino Palladino has such an array of amazing bass chops and feel that it’s almost ridiculous. Pino’s ability to fit his unique style into any type of music and not only make it work but make it sound great is a rare skill indeed. It’s the combination of these qualities that make Pino Palladino a bass superman.

The complete package, Pino can make it funky, melodic, and anything in between all the while serving the song perfectly. Never getting in the way of the other musicians, Pino always adds just the right feel to the track.

Born in Cardiff, Wales on October 17, 1957, Palladino originally started on guitar, but at age 16 he picked up a friend’s bass and realized that this was the instrument for him. Soon after, he bought a Fender Precision. Not long after that, he begins his journey as a professional bass player.

Heavily influenced by James , Stevie Wonder, Michael Henderson, Jaco Pastorius, and Paul Jackson, Pino begins to develop his own personal style and technique. After playing for a local Cardiff television station, Pino moves to London in 1980 to join a band led by Jools Holland of Squeeze. As Pino began to make a name for himself in London, he soon became a highly sought after session player.

It was around this time that Pino began using a fretless Music Man Stingray (another company started by Leo Fender). His highly expressive lead fretless bass line for Paul Young’s cover of “Wherever I Lay My Hat (That’s My Home)” became an instant classic. Pino also worked with Gary Numan on his album I, Assassin. Numan has stated that he was blown away by Palladino’s amazing bass playing. He’s also said that his unusual fretless tone defined the album with its atmospheric and dreamy quality.

Pino leaves the fretless behind and meets D’Angelo

In the early 1990s, Pino switched from his fretless Musicman Stingray to a fretted sunburst 1963 Fender Precision bass with La Bella strings. The change was both a musical and personal decision. Pino had grown tired of the lead fretless sound, and he also felt the need to return to his love of the old R&B and soul bass sound.

After recording an album with Tom Jones and B.B. King, Pino caught the attention of neo-soul artist D’Angelo who was looking for a certain bass sound for his new album, Voodoo. Palladino’s greasy, fat, laid-back grooves on his ’63 P-Bass gave the recording an old-school vibe that had a large impact not only on bassists but on entire rhythm sections in general. This led to many more session jobs in the neo-soul style for the now very in-demand bassist.

Pino’s uncanny ability to adapt to any style and make it his own is what truly sets him apart from the ordinary session bassist. His amazing feel and intuition allow him to be both expressive and tasteful with his bass lines. Pino has stated that he has something he calls “trust chops,” instincts that help him figure out what to play through difficult sections.

New Directions with The Who

After the untimely 2002 death of the great bassist John Entwistle, the surviving members of The Who asked Palladino to play bass for the remainder of their tour. He’s now their permanent bassist. Having played with Pete Townshend and Roger Daltrey previously made this very daunting task a little easier for him, Palladino also personally knew Entwistle.

For The Who gig, Pino started with both Fender Precision and Jazz basses, finally settling on Fender Jaguar basses, which he likes for their powerful cutting tone. He has said many times that playing with The Who is like a dream come true, and sometimes he can hardly believe that he’s on stage with them.

Pino has stated that Pete Townshend had given him full freedom with the bass lines, although he tries to keep them as faithful to John’s original lines as possible. In 2003, Pino started working with Paul Simon for his tour and recorded an album with him in 2006. For this gig, he used his fiesta red 1961 Fender Precision with strings.

Pino’s recent work – and into the future

Palladino has also had the great honor of having Fender issue a signature bass in his name. The Fender Pino Palladino Precision Bass is a Custom Shop creation featuring a body modeled after his ’61 Precision and the neck shape after his ’63 P-Bass. The bass is finished in fiesta red over desert sand and given the relic treatment by the Custom Shop craftsmen.

The John Mayer Trio and many others

During the Tsunami Aid benefit concert in 2005, Pino met guitarist John Mayer through drummer Steve Jordan. After original bassist Willie Weeks was unable to perform, Pino was asked to fill in for the concert. The three hit it off well in the studio. Pino later stated that there was instant chemistry between the three musicians. They later decided to form a power trio and set up some tour dates. The John Mayer Trio was born, and this gave Palladino a new opportunity to add creatively in a band context.

In 2006, Pino joined Jeff Beck for a tour and also worked with Eric Clapton, J.J. Cale, Derek Trucks, and Billy Preston on an album. He’s also played with Robbie Robertson and Herbie Hancock and worked on a follow up to the Voodoo album with D’Angelo entitled Black Messiah.

As clear evidence of Palladino’s vast range and versatility, in 2013 he played on the Nine Inch Nails album Hesitation Marks and toured with the band as well.

Pino Palladino is probably the most sought after bassist in music today and for good reason. His bass chops, great tone, and musical instincts are unparalleled in the industry. We look forward to more great work from Pino for many years to come.