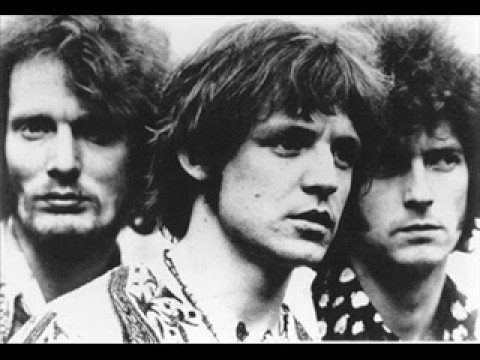 I know some of you are probably wondering why I’m writing about a bass player who is not really known for playing a Fender Bass, although Bruce did play a Fender VI Bass early on in his career.

The main reason I feel I should include an article about Jack Bruce is his enormous impact on how the electric bass was played and perceived in rock music, regardless of whether he was using a Fender or not.

Born in Scotland in 1943, Jack Bruce gained fame and recognition as the lead vocalist and bassist of the 1960’s super group Cream. Growing up in a musical family, Bruce went to the Royal Academy of Music in Glasgow, Scotland where he studied cello. Soon after he switched to double bass and became more interested in jazz than classical studies. Playing upright bass in jazz and dance clubs, Jack saw a blues band that featured an electric bass player. He was immediately fascinated by this “new” instrument and soon purchased a cheap electric bass guitar and began experimenting with it.

Bruce was much more interested in playing the electric bass more like a guitar, rather than just playing roots and fifths like most bassists of the day. Hugely influenced by the great Motown bassist James Jamerson, Bruce began to develop a busy, lead bass style using melodic phrasing and complex syncopation. In 1965 Bruce was playing for the Graham Bond Organization on upright but soon decided to switch to his electric bass and push the boundaries.

After experimenting with several different basses, Bruce purchased a Fender Bass VI, (one of the few notable bassists to play one). This instrument had a 30″ scale, three pickups, a tremolo bar and six strings tuned just like a guitar only an octave lower. Using his new short scale 6 string Fender, Jack’s busy, complex style so annoyed drummer Ginger Baker, that it got him fired from the band. After that experience Jack briefly joined John Mayall & the Bluesbreakers where he met soon to be legendary guitarist Eric Clapton. Less than a year later Bruce was asked by Clapton to join his newly formed band, which they eventually named Cream. Clapton had some serious persuading to do when it came to Ginger Baker who was not fond of Bruce’s busy, lead bass playing style.

Bruce used his Fender Bass VI on Cream’s first album Fresh Cream. His playing on this record was not yet fully formed, but you can hear him pulling away and entering areas that other bass players of the time wouldn’t dare go. I good example of this early style is heard on “I Feel Free” where he uses repeated riffs mixed with quick melodic sections that both drive the song and glue it together. Bruce truly believed that the electric bass should be able to stand alone in the mix and take more of a melody role in rock music.

After a brief stint using a Danelectro Long Horn Bass, Jack switched to a four string Gibson EB-3 bass that he found secondhand in a pawn shop. This is the bass he used on Disraeli Gears and would come to define his sound. The small, short scale Gibson was perfect for his busy, exploring lines and note bending, blues-laden riffs. Bruce’s tone had also changed at this time. The bass now sounded very distorted and even more up front in the mix…a sound he would become famous for. During this time Bruce usually played through a stack of 4 x 12 Marshall bass cabinets powered by Marshall 100 heads. This sound and approach would have a huge influence on rock bassists for years to come.

On songs like “Spoonful,” the epic 17 minute live track, Bruce displays his improvisational talents switching from double-time blues to R&B to heavy rock with the greatest of ease. He even takes on a solo after a duet with Clapton in a bluesy call and response section. On “Politician” he sings and plays two completely different lines with no problems. “I’m so Glad” features some of Bruce’s most soulful playing and high tempo syncopated fills with plenty of bluesy bent notes.

Being the lead vocalist and songwriter of the band gave him more influence on how the bass would sound and how the bass lines could be expressed and shaped to fit his powerful vocals. The interplay between Bruce, Clapton, and Baker is regarded by many to be the pinnacle of heavy blues rock. The group only lasted about three years, but Cream’s mix of blues, psychedelic rock, jazz and extended live jams has had an enormous influence on numerous bands that followed. Jack Bruce’s bass playing was one of the main reasons so many young musicians decided to take up bass rather than guitar.

After Cream broke up in 1968, Bruce started a solo career that saw him working with many different musicians in several genres. He has recorded and performed with John McLaughlin, Tony Williams, Mitch Mitchell, Mick Taylor and even made a guest appearance on Frank Zappa’s album Apostrophe’.

Bruce was diagnosed with liver cancer in 2003 and almost died when a liver transplant was rejected by his body. Amazingly, he recovered and was playing again within a year! Cream reunited briefly in 2005 playing a handful of live shows in London and New York City. Jack Bruce is still playing and recording solo albums as well as collaborating with many other artists, and hopefully for our sake that will continue for a long time to come.